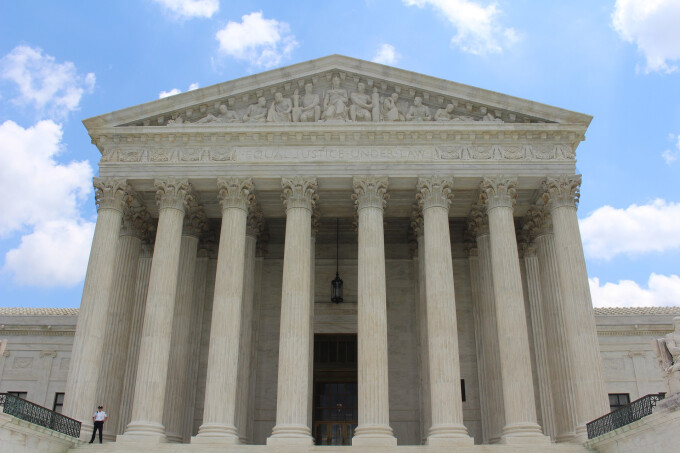 “In 2015 California passed the “Reproductive FACT Act” mandating that pro-life pregnancy centers provide written or digital information to their patients - such as a sign in the waiting room - on how to obtain a state-funded abortion. This means that nonprofit pro-life medical clinics as well as their staff and volunteers are being forced to violate their consciences - an outright violation of their First Amendment rights.” -National Institute of Family Life Advocates (NIFLA)

On Monday, the Supreme Court of the United States issued an opinion IN FAVOR of NIFLA and the 135 pregnancy centers it represents!

Justice Kennedy declared, "Governments must not be allowed to force persons to express a message contrary to their deepest convictions. Freedom of speech secures freedom of thought and belief. This law imperils those liberties."

How does this affect Mosaic Pregnancy & Health Centers’ (PHC) lawsuit?

The CA “Reproductive FACT Act” is similar to the IL bill that was signed into law by Governor Bruce Rauner. This law requires all medical professionals, including pregnancy centers, to refer for abortion against their conscience rights, into law.

In 2016, The Board of Directors of Mosaic (PHC) made the decision to join a federal lawsuit, along with our Medical Director and three additional co-plaintiffs, against the State of IL.

In 2017 a federal court issued an injunction for Mosaic PHC and the center's Medical Director halting enforcement of an Illinois law requiring pregnancy centers and medical professionals to promote abortion services despite their ethical or moral beliefs.

According to Elissa Graves, Legal Counsel for Alliance Defending Freedom (ADF) who represents Mosaic PHC, “The NIFLA decision will play a huge factor in summary judgment (a decision without need for a trial), and I think will lead us to winning summary judgment.”

Please continue to pray that the final ruling will ultimately be in our favor.